We will fight to keep

parking meters off
our streets

Spelthorne Labour Party is opposed to on street parking meters, which we suspect, the council could be planning to install, to ease congestion and increase footfall for shops.
In a recent survey carried out by Spelthorne Labour Party, 84% of the reply's, were opposed to on-street parking charges.
If elected we would fight to have them removed, if installed, or if unable, try to mitigate the affect by giving more free time.
We are also in favour of extra free parking time on Sundays in council owned or run car parks for
recreational activities and worship.
If the Tories gain too

many seats in May’s council elections, it could mean the green light for more sales of publicly owned land and greater possibility of on street parking meters! However Labour will ensure that the council is held accountable for their £1bn plus property speculation.

Spelthorne's fire stations could lose night time cover
A while back Surrey Fire and Rescue ordered fire fighters to stop posting on Facebook. Their wishes have been respected until now.
The events of the last few weeks have us seething and we believe you deserve to know.
Surrey County Council wanted to control Facebook information centrally, despite previously asking fire fighters at all stations to start pages so that they could engage with residents locally. The official view was that by central control they could ensure important information was communicated effectively.
You may not be aware that Surrey have embarked on a poorly publicised consultation, which if it goes through will cut Spelthorne’s night time cover, at the very time most fire deaths occur, and the very time all Spelthorne’s fire deaths over recent years have occurred.
Despite failing to meet their response times for years and being graded the worst brigade reviewed by the government inspectorate, Surrey seems thto think cutting fire engines at night is a good idea.
Now guess what Surrey County Council have forgotten to even mention the consultation or any cuts on the centrally controlled Facebook page for important information.
But that’s not the end of it.
Now in anew sinister twist, Surrey Fire and Rescue are gagging all their fire fighters as well.
Two long serving well respected fire fighters now face discipline for giving factual information to councillors. Apparently this is called bringing the service into disrepute as fire fighters are not allowed to say anything which is not centrally sanctioned because it might differ to the official line.
Shame on you Surrey fire and Rescue and your bullying management culture.

This article has appeared on the pages of Face book.
Thank you Heathrow Villager for publishing it.
https://petitions.surreycc.gov.uk/Fire-Cuts/ 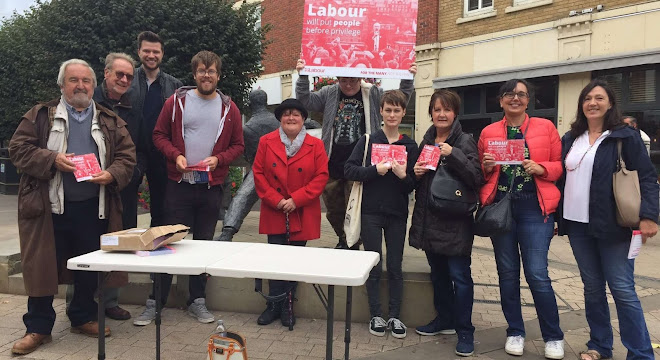 Our stall in Staines, October 2019
If you wish to make a donation: