Fighting for local issues:
Get in touch to find out more.
Contact Us
Too dangerous to admit convicted arrivals”
Feltham inhuman and intolerable

Tory penal policy has collapsed. Note the local evidence.
Feltham Young Offenders Institution is officially out of control – chief prison inspector. In an unpresented action, no more offenders to be sent there. The scandal follows concerns about Wandsworth and Bronzfield.
Instead, police are to be deployed at Feltham to cope with the ‘austerity’ budget cuts consequences.
The inspectorate requires them to reduce the dreadful levels of violence on and by overwhelmed staff, the unacceptable use of punitive solidarity, the escalating rates of self-harm, up to suicide, and the abandoning of attempted rehabilitation and of education.
The Police Authority is bound is to resist. In terms of numbers and in nature of professional skills the service does not offer a solution. Boris Johnson’s remedy? Longer sentences, the social consequence? Violent brutalised vengeful time bombs, unemployable. 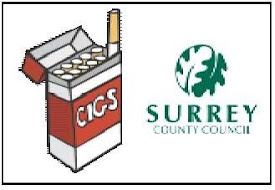 Surrey ‘hypocrisy’ over tobacco investments
Labour councillor Robert Evans has accused Surrey County Council of double standards and hypocrisy over its tobacco investments.In a written reply to Mr Evans’ question, the cabinet member responsible, Cllr Tim Oliver disclosed that Surrey has over £27 million worth of investments in tobacco firms.
‘It beggar’s belief that on its website (see screenshots) Surrey is publicising the STOPtober campaign for people to quit smoking and yet at the same time, they’re milking investments in dodgy tobacco firms,’ said Robert Evans.
According to Cllr Oliver, the Surrey Local Government Pension Fund, of which the county council acts as administrator, holds investments in the following tobacco firms.
The value of these are set out in the table below, as at 29 September 2017.
Market valuation
ALTRIA GROUP INC COM £6.4m
BRITISH AMERICAN TOBACCO ORD £12.0m
IMPERIAL BRANDS PLC £2.0m
JAPAN TOBACCO INC NPV £6.7m
SWEDISH MATCH NPV £0.2m
Grand Total £27.3m
Cllr Oliver stated, ‘the Pension Fund has a duty to ensure that it acts in the best interests of its past, present and future members – both employees and employers - and also that it acts impartially.’

Upper Halliford care home scandal
A care home in Charlton Lane has been classified as ‘inadequate’ by the Quality Care Commission.
Every criticism related not to the ‘dedicated overworked staff’s reports’ but to their near fatal lack of number, and of resources.
Instances were even observed of patients needing help in eating, denied it, were in imminent danger of choking.
As usual, council pleads poverty in offering a wretched wage and refuses willing ‘immigrants’ to end the scandal.
A Corbyn government will end the financial cuts and will place Social Care in the N.H.S., centrally funded.
Local authorities such as Spelthorne’s have no intention of providing even basic human need for an aging population. Robert Evans condemns Fire Station closure plan
Stanwell’s County Councillor Robert Evans has condemned the latest Conservative plans to close Staines Fire Station opposite Ashford Hospital. This would leave the only fire cover to come from Sunbury Fire Station on the Kingston Road.
‘Not only is this a dangerous plan, but it flies in the face of the Tory promises,’ said a furious Cllr Evans.
‘When they first mentioned the new plans, the ruling Conservatives said they’d build a new fire station at the Fordbridge roundabout in Ashford, and staff it with two fire engines. Now there’s to be no new fire station, it seems, and only one pump for the whole borough,’ added Robert Evans.
‘Staines Fire Station, which is in my Stanwell electoral division is the busiest single pump station in the County. So why close it ? It seems once again Stanwell is being hit harder than the rest of the area,’ fumed Cllr Evans.
Ironically the man leading the closure plan is Shepperton Tory Councillor Richard Walsh.
‘When these plans were first mooted the local MP and several Conservatives opposed the idea,’ said Robert Evans. ‘Now they are all going along with it, which is a disgrace.’
‘If the only cover for Stanwell and Stanwell Moor is to be provided from Sunbury, then response times will increase and the risk to property and lives will increase,’ warned Cllr Robert Evans
FIRST CAR PARK SCAM SUICIDE
A 20 year old South London man has committed suicide following a disputed £65 car parking fine,which was escalated by the crooked operators into £1019.
Bailiffs seized the motor cycle of Jerome Rogers, essential to his work as a courier, thus preventing him from earning to pay off the exorbitant debt, which he bitterly intended to do. He then then hangs himself in despair.
Labour Party campaigners Michelle Arnold and Harold Trace piint out that contrary to the centuries old of law of the land for bailiffs to seize the “tools of the trade” of a debtor.
The report that the car park firm used identical methods to the council-approved one in Church Road, Ashford.
They demand action by the Tory councillors.
‘Unless they address the scams it is only a matter of time before such a tragedy happens here.’


Stop the 47% increase in Spelthorne.
The Tory-dominated Spelthorne Borough Council has voted to increase their allowances by a staggering 47%. Basic allowances have increased from £3938 to £5785. Travel and IT allowances are paid on top of this.
Leader and deputy leader’s allowances will go up from £12,975 to £19,091
and £9,939 to £14,567.
It must be remembered that councillors duties are generally tailored to fit in with fulltime work, which many of them have, others receive pensions.
At a time when budgets and services are being cut, council tax is rising and many people are struggling on or below the breadline, this sends out a message that the councillors are out of touch with their constituents and are only looking out for themselves. This money must be spent in ways that benefit the community, not just the councillors.
This huge increase is despite the Independent Remuneration Panel recommending a more modest increase of 15%. There can be no justification for such a large rise, and what is the point of having the independent panel when councillors can just ignore its recommendations and give themselves a whopping increase?
This outrageous increase should be overturned immediately. 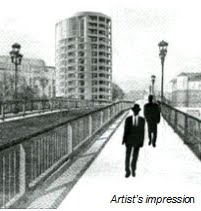 Is this really
the kind of
development
we need?


The 12 storey tower block which has been given planning approval in Staines by its Tory run council; and as described in a local paper, will indeed become “an eyesore” as its size alone puts out of balance with the rest of the landscape.

It is our belief that this kind of development is socially damaging. The proposed 205 one, two, and three bedroom riverside apartments will be too expensive for local people especially our young. As a consequence more people from the London area forced out by even higher property prices will buy them up!

A Tory councillor described the development as regeneration, but in reality it’s just
“over population.” This will put an even greater strain on our over stretched services;
nurseries, schools, doctors surgeries, hospitals; and also the drainage system, in an
area prone to flooding. Another Tory councillor who spoke against the plans said: " In the nature of democracy sometimes decisions are made that many disagree with." This is not the opinion of Socrates who's view was, in democracy; "The poor and the free
being the majority control government" not small a bunch of Tory councillors!

Ignoring the needs of our young adult population creates a breakdown in family structures. More young people in the borough are moving further away in order to get their feet on the housing ladder, or for more affordable rents. Grand parents will be unable to look after their grandchildren, and their sons and daughters will be unable to help their parents in their old age. The cost of home care for one person to be dressed in the morning and undressed in the evening is around £230 per week. This would eventually eat up the savings of many people on low pensions. And if nursing home care is required, as it will be for some before the age of eighty, will cost over £1200 per week. This will mean for many re-mortgaging or selling their homes — no inheritance for the children!

For many, Spelthorne could become a borough of isolated and lonely people. 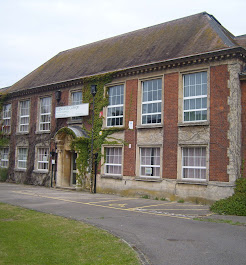 THERE ARE OTHER MAJOR BUILDING PROJECTS
STARTING IN SPELTHORNE INCLUDING THE DEMOLITION OF BROOKLANDS COLLEGE, TO BUILD HOMES, SHOPS AND OFFICES; NOT FORGETTING THE POSSIBILITY OF 900 HOMES BEING BUILT AT KEMPTON PARK ON LAND OWNED BY THE JOCKEY CLUB, WHICH HASN’T BEEN RULED OUT BY OUR TORY RUN COUNCIL

BUT NO MENTION OF AFFORDABLE STARTER HOMES
TO RENT OR BUY FOR LOCAL PEOPLE!

Although the Tories have majorities on both councils,
they seem to be able to out vote themselves, by voting against the many matters of public concern.

The scheme will reduce flood risk to all communities between Datchet and Teddington. This includes: Datchet, Wraysbury, Egham, Staines, Chertsey, Shepperton, Weybridge, Sunbury, Molesey, Thames Ditton, Kingston and Teddington. Find out how the River Thames Scheme is reducing flood risk for communities from Datchet to Teddington Come along to one of the public events, there is no need to book; you can drop in any time. They will be at the following locations in August and September: