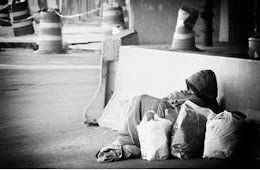 Homelessness nears 300,000
As winter approaches Tory ‘austerity’ policies have led to the worst homeless crises in our history.
Rising rents, ‘the 5 week ‘live on savings’ delay for benefits, and capped ‘rubbish’ pay are a deadly combination.
No offshore, dodgy schemes fill the pockets of the cardboard army!
For them humiliation of borrowing from relatives, relying on foodbanks or desperate resort to loan sharks are the options,
An early death is all too often the miserable outcome.

Spethorne has the highest number of rough sleepers in Surrey
According to the Department for Communities and Local Government
Spelthorne tops the list in rough sleepers. But the situation could be worse, as the figures don't take into account 'sofa surfers and car sleepers.'
Rough Sleepers
Numbers in 2016
Spelthorne 18
Runnymede 5
Elmbridge 4
Guildford 13
Waverley 4
Woking 12
Reigate & Banstead 1
Tandbridge 2
Mole Valley 1
Surrey Heads 12
Epsom & Ewell 3

Homes are being built in Spelthorne, but not not affordable ones for many people living in the borough.

Joseph Roundtree Foundation
One in every eight workers in the UK - 3.8 million people - is now living in poverty. A total of 7.4 million people, including 2.6 million children, are in poverty despite being in a working family. This means that a record high of 55 per cent of people in poverty are in working households.

Could this help to solve some of Spelthorne’s housing problems?

Some years ago Spelthorne council sold its housing stock at a knock down price to a Housing Association and now suffers from a severe shortage of social and affordable homes.

Apartment blocks and houses are being built in Spelthorne, but few are affordable for locals. Many are taken up by people moving from the London area, forced out by even higher house prices. This in its self causes local family units to fragment, as our young have to move further out to find accommodation; and creates a situation where neither young nor old are able to help one another in times of need.

Spelthorne’s Labour Party aware of the lack of homes in the borough for local people, have been looking into how progressive councils tackle the problem. The above is one, and another is assisting in self build schemes.

The one-bedroom homes will be let at 35 per cent of the market rent, which translates, in Merton, to £140 a week. The first residents are set to move into their new homes in 12 months’ time.Built on a quarter-acre plot, the homes are suitable for single people and couples.

Although this kind of housing is not the complete answer, its one that’s affordable, especially as councils can get loans from the Public Works Board over 50 years at 2.5% interest, and would be self funding.
It’s something that Spelthorne Labour Party would seriously consider.

Community Land Trusts (CLTs)
Community land trusts are non profit, community-based organizations designed to ensure community stewardship of land. Community land trusts can be used for many types of development (including commercial and retail), but are primarily used to ensure long-term housing affordability. To do so, the trust acquires land and maintains ownership of it permanently. With prospective homeowners, it enters into a long-term, renewable lease instead of a traditional sale. When the homeowner sells, the family earns only a portion of the increased property value. The remainder is kept by the trust, preserving the affordability for future low- to moderate-income families.
The length of the lease (most frequently, 99 years) and the percentage earned by the homeowner vary. Ultimately, by separating the ownership of land and housing, this innovative approach prevents market factors from causing prices to rise significantly, and hence guarantees that housing will remain affordable for future generations.
Land Trusts provide low- and moderate-income people with the opportunity to build equity through homeownership and ensure these residents are not displaced due to land speculation and gentrification.
Land trust housing also protects owners from downturns because people are not over extended; as a result, foreclosure rates for land trusts have been as much as
90 percent less than
Statistics
30% of the working population are self-employed, and many are among the lowest paid.
60% more tenants have fallen into debt in the last 5 years. 30,000 evictions last year.
The average house price is 15 times the average salary.
To acquire the property by mortgage would require a household income of over £100,000.
To acquire a starter home at £250,000 would require a household income of £70,000.